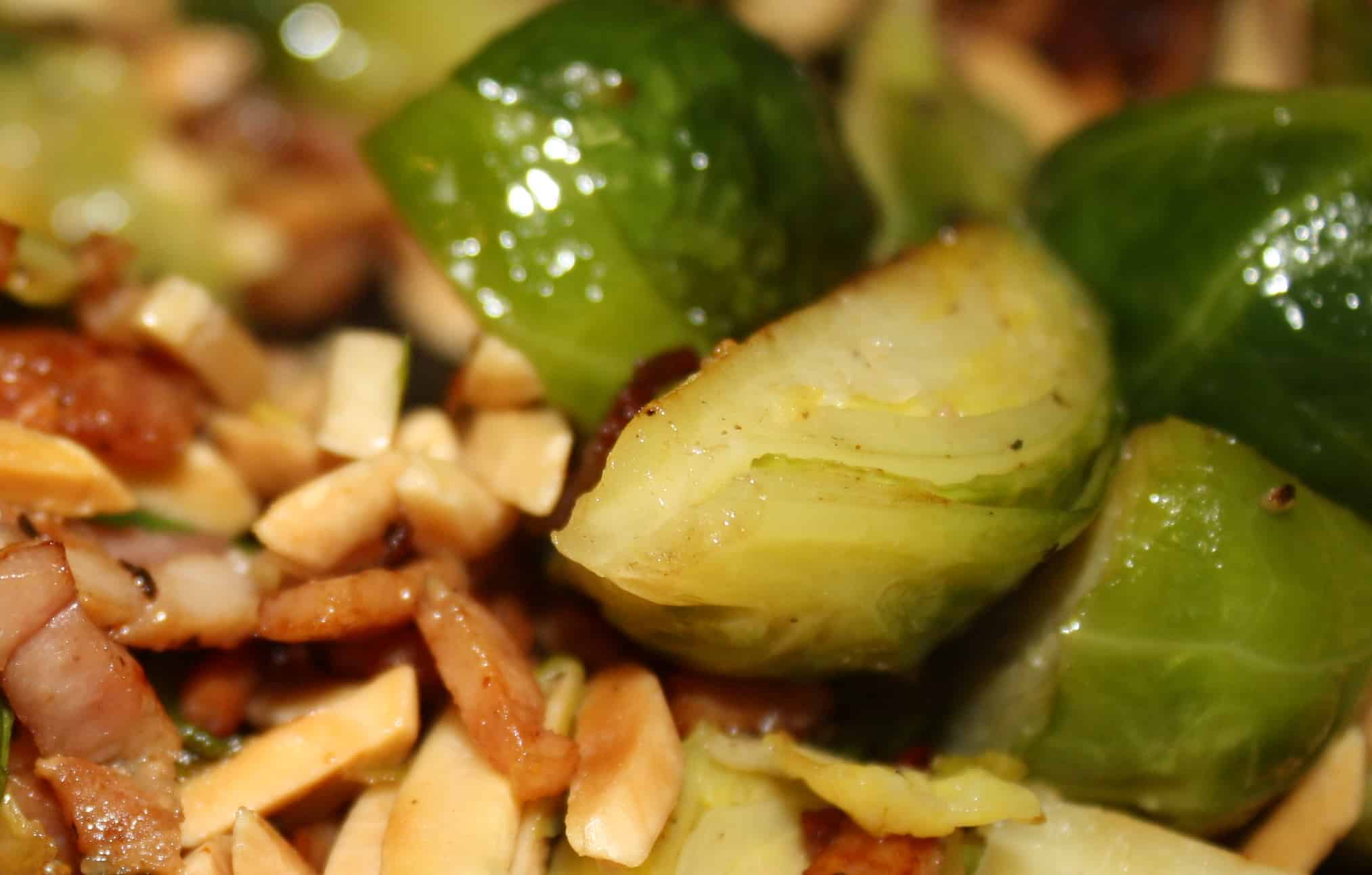 I love Brussels Sprouts.  I even attempted to grow them in my first year on the farm.  But Brussels Sprouts are not suited to the warm winters of the Sunshine Coast and even after I tricked them into setting with an ice water slurry, the results were mediocre.  So now I settle on buying them.

I get it.  Not everyone is a fan.  In fact, the humble brussels sprout is a much maligned little vegetable.  They're the subject of many a dinner table argument and many a fictional care package to "starving children who would love to have food as good at this to eat".  They're the butt of jokes and the subject of some (admittedly pretty funny) famous quotes....

But they're undeserving of their reputation, so here is a recipe that is guaranteed to have everyone coming back for second helpings*.

The Tastiest Brussels Sprouts. Ever.

Cook sprouts in microwave until just tender.  (If you don't have a microwave, you could cook them in boiling water).

Heat olive oil in a frypan over medium-high heat.  Add bacon and cook until crispy.

Add brussels sprouts and almonds and serve immediately.  So the almonds stay lovely and crunchy!

Every time I do this, the brussels sprouts magically evaporate.   They're a winner.  Try them for your self!

*Fine print: Cooker and a Looker guarantees that if your family don't like these brussels sprouts,
we'll pay the postage to send them to the starving children in Africa.
Share28
Pin2
30 Shares
« Crispy Skin Duck with Cherry Sauce
Borlotti Bean and Chorizo Soup »