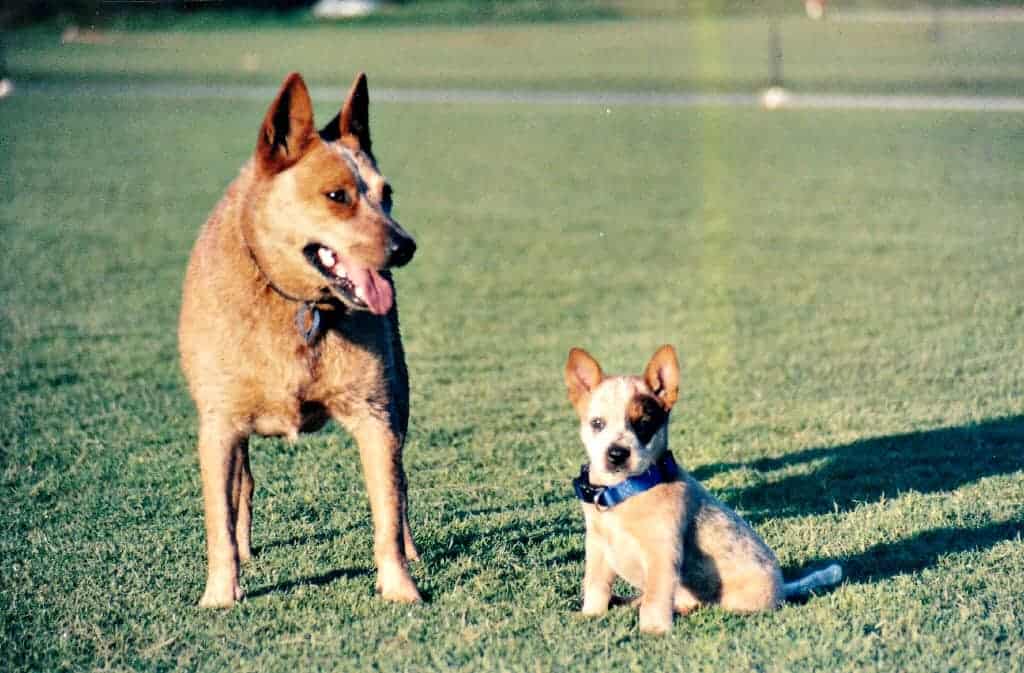 As I write this post, the Little Sister is raiding the pantry sans pants,  the fan is whirring gently and I can hear our dogs playing outside.  Nothing out of the ordinary about that.

Except that one of our dogs died last year.

When Jack went missing after a thunderstorm on Christmas Eve last year, we hoped he'd return.  We checked with our Regional Council, we checked the local pounds and animal refuges.  I once stopped and checked a dead dog on the road.  Over time, I came to the sad conclusion that he must have drowned in the flood waters around our farm at the time.  Eventually, I stopped checking the back of every tradie's ute I saw.

This morning was always going to be special.   The moon had blocked out 83% of the sun before breakfast.  We'd eaten our breakfast toast, sharing a welder's helmet and watching the moon take bigger and bigger bites out of the sun.

The partial solar eclipse was breathtaking, but it had nothing on the call I got a few minutes after 9am.  A vet in a country town almost an hour away wanted to know if we had a red cattle dog.

And that's how I came to be standing in the main street of Pomona looking at a doggy in a window and crying my eyes out.  The dog was a little bit older and a little bit fatter.  But it was our Jack.

Our Jack that limps despite $3,000 of orthopaedic surgery and me lugging him to a dog physiotherapist for six weeks prior to the birth of the Big Sister.

Our Jack that survived four paralysis ticks, that vets assure me would have killed most dogs.

Our Jack that can leap tall fences in a single bound, despite his aging frame.

Our Jack that sees deep into your soul with his dark brown eyes.

Our Jack that would put his wet nose into the back of my leg and comfort me after "intense negotiations" with Bearhands during our stressful first year on the farm.

Our Jack that shares the back story of my childhood with my brothers, David and Anthony.

Our Jack that loves to swim because we snuck into Mum and Dad's swimming pool, even though we knew we'd get in trouble.

Our Jack that runs himself to exhaustion at the toss of a ball, because David spent countless hours hitting hockey balls in the backyard for him to retrieve.

Getting Jack back feels like getting a little bit of something of David back.  A little bit of hope renewed.
I think the lady who looked after Jack and eventually brought him to the Vet, to have his microchip checked again just in case is an angel.  I'm not sure what prompted her to check again, but I feel David's hand in the series of events that brought Jack home to us.  I will be eternally grateful to her for taking such wonderful care of him during his absence.

And I cannot speak strongly enough about the magic of microchipping.

So over to you... Have you ever thought something was gone for good, only to have it returned to you?

Jack and I years ago. We are both fatter and greyer now.

Doggie Physio - I kid you not! Yes, very first world - but at the time I thought it was important to give him the best chance.

Jack's first Christmas. Don't tell Mum and Dad we let him inside!

A float tank. For Dogs. No more need be said about this.
Share8
Pin
8 Shares
« On the Chopping Block - the Gourmet Garden Cook Off
Farewelling Fr Stan »