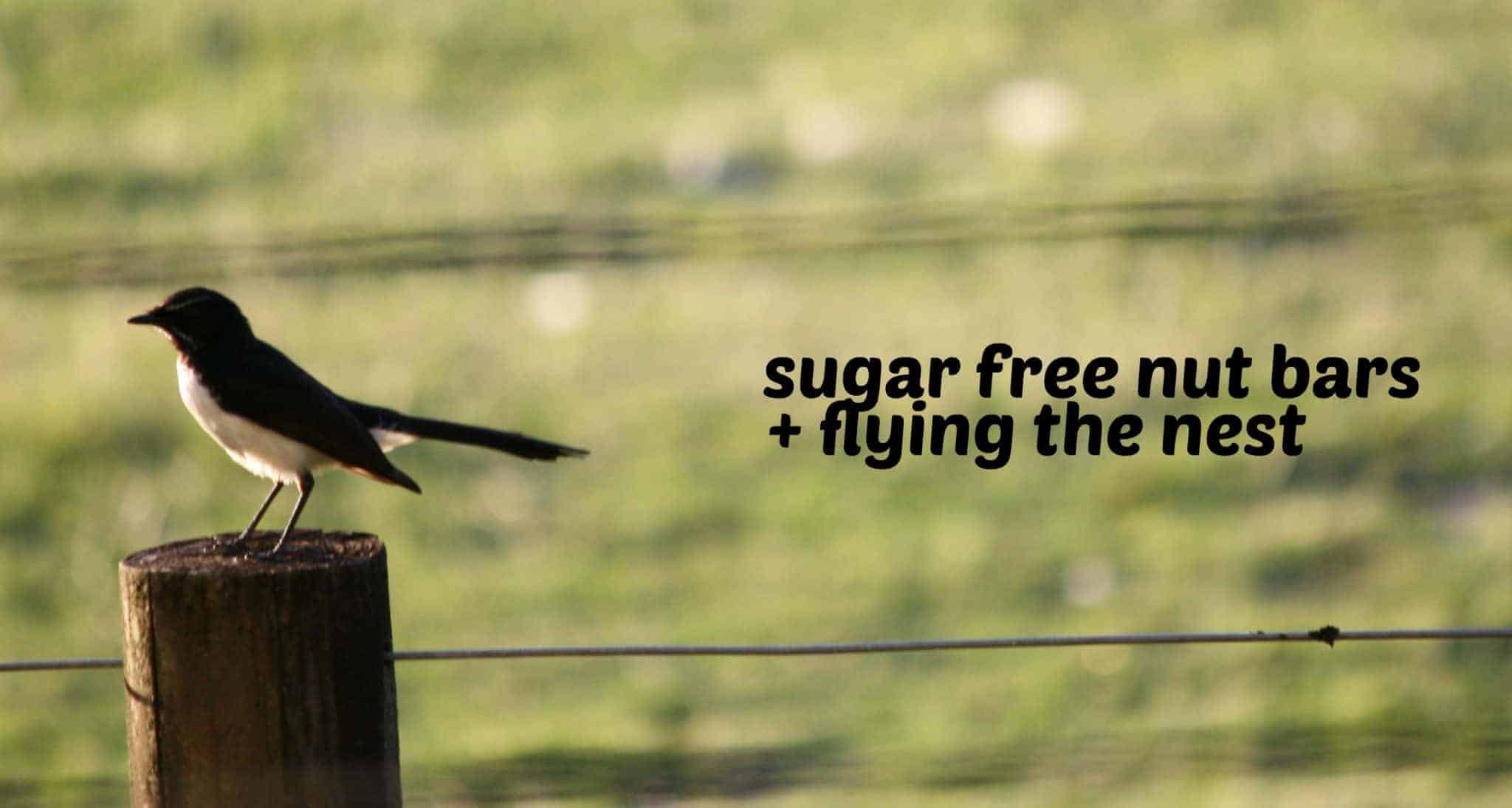 The Big Sister has been back at kindy for two whole days now.  Normally you could count on me to pen a post about how I wept tears of relief when we arrived at the kindy gate fifteen minutes early on Tuesday morning.  Not this term.

You see, this holidays I’ve realised that there are parents doing it much tougher than me.  Parents whose children are incessantly demanding.  Parents of children who can't or won't feed themselves.  Parents of grown children who will not leave home despite appearing to be functioning individuals.

Yes folks, our resident Willy Wagtail family are going through a rough patch.  Mum looks constantly frazzled and things are so bad, even Dad is pitching in.  Baby Willy, now ¾ the size of his* parents, has two perfectly functioning wings, but prefers to sit on the fence all day demanding moth deliveries.  While his folks spend their days in a flap attending to his every buggy desire, Baby Willy is being a professional pain in the arse.  He reminds me of a forty-year old man living at home with his parents rent-free because his mum still does his washing.

When I watch Baby Willy’s Mummy flitting all over the farm, I want to smooth her ruffled feathers, offer her a cup of tea and a good lie down.  If she ate people food I’d offer her an adults-only nut bar.  There’s nothing R-rated about them – they're sugar free - I just think sometimes it’s nice to not have to share everything with the little blighters.

method:
Grease and line a baking tray with baking paper Combine the nuts, seeds, almond meal and coconut in a large dry frying pan.  Cook over a low - medium heat, stirring constantly for 10 minutes or until browned. Set aside to cool in a large bowl. In a small saucepan, melt the butter then add the rice malt and stevia.  Stir for 3-4 minutes or until the stevia dissolves.  Bring to the boil, then reduce heat and simmer without stirring for 8 minutes. Pour the syrup over the dry ingredients and stir well.  Spoon the mixture into the prepared pan. Cover with baking paper and press flat. Allow to cool. Cut into squares and serve.
These nut bars have been my savour when I've been craving something sweet.  Rice malt is stacked with complex carbohydrates, so the energy is released slowly over a longer period of time and the nuts deliver a protein punch.  A perfect snack for sustained concentration - I included them in my exam care packages this year.

Willy's mother wistfully remembers the last time she went to the toilet alone.
Or she could be looking for more bugs.  Whatever.

I, for one, hope Baby Willy lives long enough to build a mud nest with his own beak and produce a brood of his own because karma’s a bitch, Baby Willy.

how did the holidays treat you?

do you know a human who refuses to fly the nest?

*truth be told, I'm not certain of Baby Willy’s gender,
it’s an assumption I'm making based on personal experience.