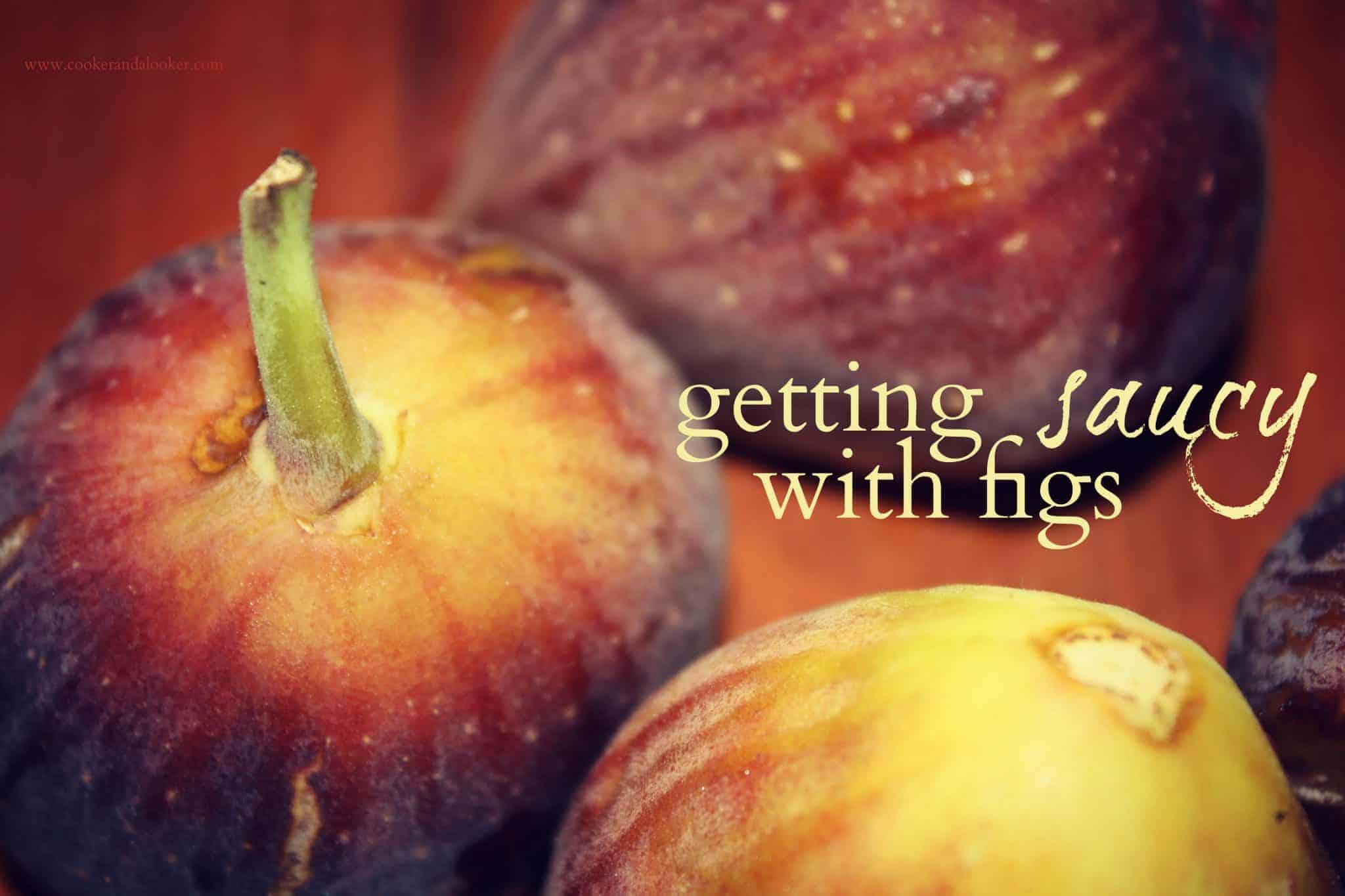 History is thick with references to figs.  Historians suspect that the forbidden fruit from the biblical Garden of Eden was a fig and, after eating one, Adam and Eve realised their nakedness and quickly went about fashioning a couple of fig-leaf loincloths.  It would seem these juicy morsels have been inspiring carnal thoughts since the beginning of time.

Their saucy influence continued; in the early 1900s, D.H. Lawrence wrote a poem about figs and their resemblance to a (cough) certain part of the female anatomy that would curl your modern day toes*.  When I stumbled across it in the library, I glanced over my shoulder to make sure no one could see what I was reading and then I blushed in a way I haven't blushed since Sister Adele’s sex education class with the intercourse OHTs**.

Phwoar! Steady on Mr Lawrence, the kids are in the next room.

So it seems that there’s something inherently sexy about figs.  Perhaps that’s why, when faced with a box of these beauties on their last legs, I made something saucy.

In a small saucepan, cook the figs, ginger, star anise, cinnamon and peppercorns in the butter for about five minutes or until figs are caramelized.  Remove the figs and set aside.

Add the sugar, port and stock, bring to the boil.  Reduce the heat and simmer, stirring occasionally, until the liquid is reduced by half.  Remove the cinnamon quills, star anise and peppercorns.  Return the figs to the pan and simmer uncovered for a further minute.  Taste and season with salt as required.

Serve with steak, roasts or game.

I've always been a blusher.  This was particularly inconvenient during my university years, when I discovered my interest in reproductive physiology.  There’s nothing like engaging in earnest academic debate, only to have your cheeks betray you and reveal you for the teenage girl you are.

*Literary types who's phalanges remain unstirred by classic poetry and those who really like figs can find the poem in its entirety here.

**For those under thirty, OHTs were over head transparencies – bits of clear plastic that were projected onto a wall by shining light through them.

Share32
Pin2
34 Shares
« lard is on the air | lard pastry + pinch me moments
I won first prize at the Ekka + five other things you'll never believe. »