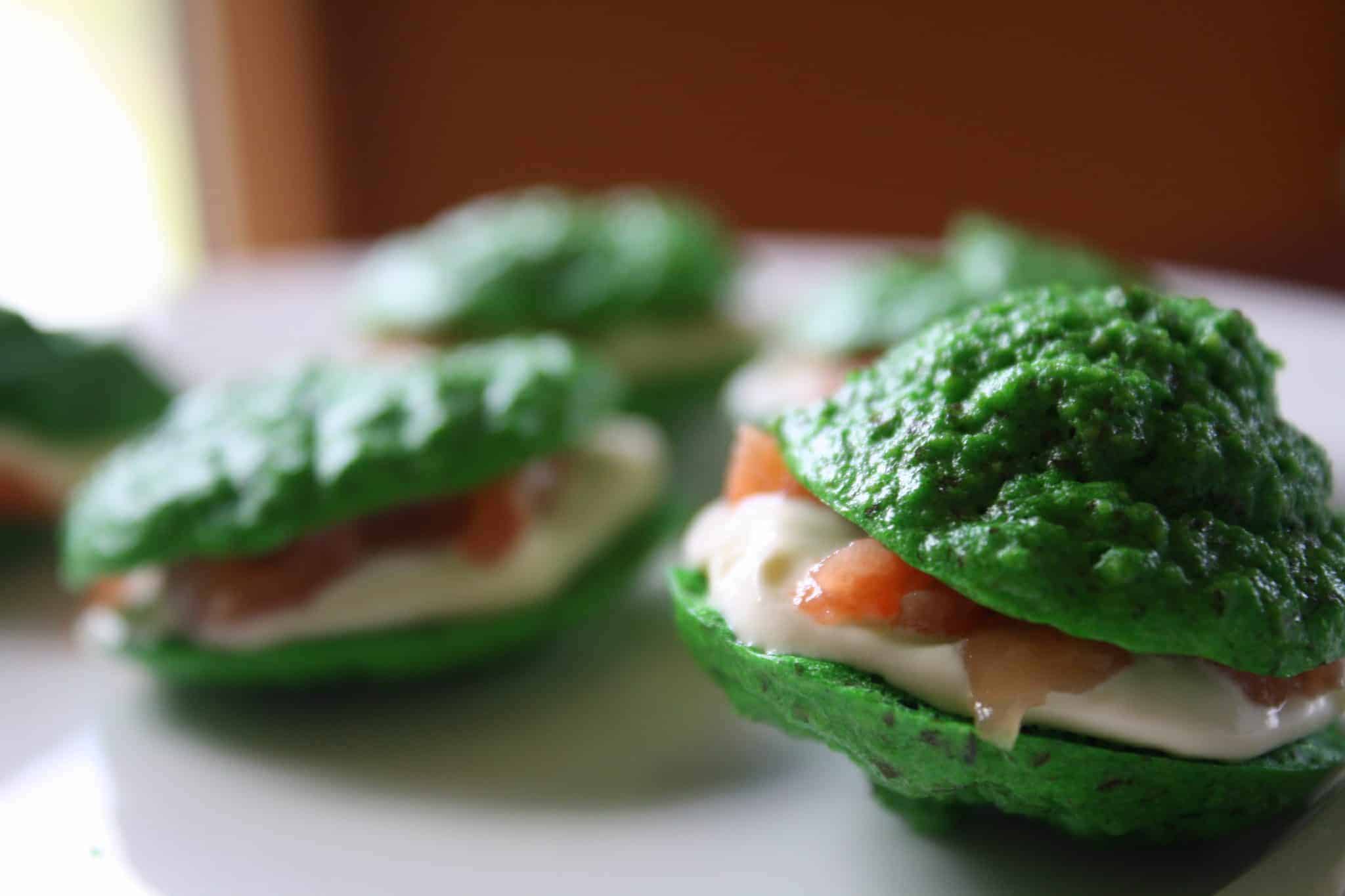 Nothing major happened, our relationship had simply run its course and I decided it was time to move on.

So what do you do when you're getting over a break up?

Listen to sad songs and stare out the window, while pretending you're in a music video?

Burn the mix tape he gave you?

In my opinion, living well is the best revenge - there's nothing like upgrading to something better.

Sugar, I'd like to introduce you to some of my new best friends -

Whip the egg whites and salt together to form soft peaks.  (I used my thermochef: butterfly in, 4-5 minutes, speed 4)

Add food colouring and whip until combined.  (Don't over whip the whites or they'll return to liquid.)

Fold in the almond meal and add to a piping bag with a 1cm nozzle.  The mixture should run, but still hold its form.

Pipe the mixture into 1 inch circles, leaving a 2cm gap between macarons.

Reduce the heat to 90C and cook for a further hour.

I think these savoury macarons are best prepared close to serving.  They started to soften after a few hours - perhaps the Queensland humidity is to blame.  I would also fill these macarons just before serving, for the same reason.

I filled some of my macarons with sour cream and fresh ocean trout, some with salsa verde and others with a beetroot filling (recipe below).

Next time I'll make the macarons a touch larger and add a cooked scallop inside -  a little scallop macaron burger - yum!

Blend all the ingredients together in a food processor.  (I used my thermochef, turbo boost for 4 seconds).

The colour was great.  It complemented the macarons beautifully.

The macarons were a real talking point.  Our Melbourne Cup guests were anticipating a sweet (albeit lumpy) macaron and were surprised by the beetroot flavour.

A good fun, sugar-free party food - ideal accompanied with a glass of champagne (which is also mercifully very low in sugar!)

These were my first batch - too dry. I changed the egg white:almond meal ratio for the green batch and was much happier with the way they turned out.

*Alright - if I'm really honest, sugar and I are still having the occasional booty call (usually on the weekend).  It's good while it lasts, but I always regret it when I'm felt feeling inflated afterwards.

So I'm throwing it out there - what's the best way to get over a break up?