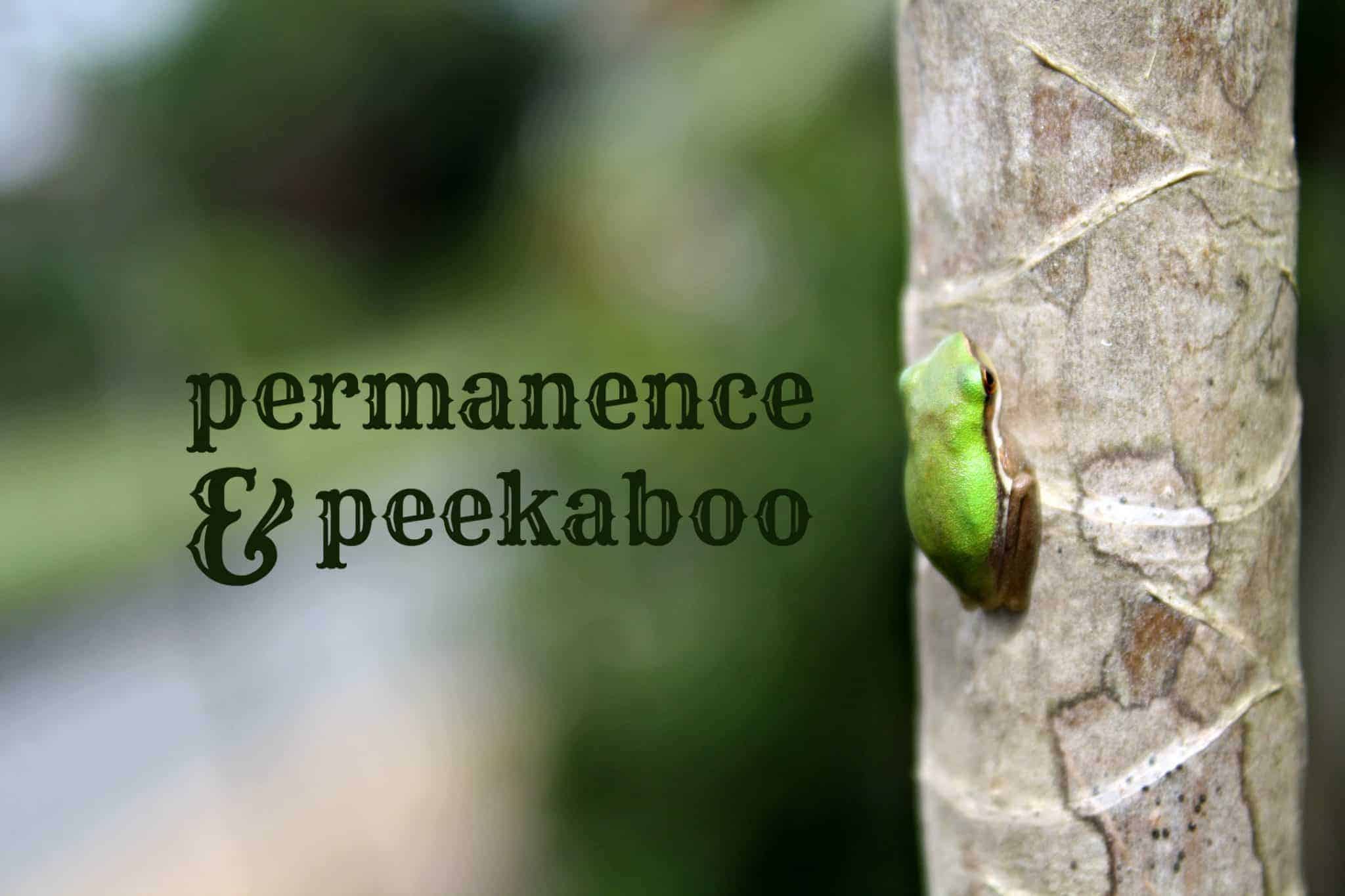 Babies don't understand object permanence.  If they can't see it, they think it doesn't exist.  It's only after they grow that they start to understand just because their block is under a blanket, it's not gone for good.  Mum has only disappeared from view.

I'm beginning to think that death is the same.  I'm no longer in the same room as my brother David, but it's rudimentary to think he's gone for good.

I saw him at a friend's place this week.  We were sitting watching Bearhands and some friends dismantle a shed when the Big Sister went from my side without warning.  She ran straight behind a reversing tractor.  Somehow the operator spotted her.  It was lucky, but it wasn't luck.  It was only afterwards that I spotted the single aircraft flying overhead.  Uncle Davo was watching over his angel.  He may be gone, but he persists.

Object impermanence makes for a rousing game of peekaboo, but children would have difficult and unpleasant lives if they didn't eventually realise that things continue; even after they've gone from view.  I'm slowly cottoning-on myself.  One day, when we're once again aware of each other's presence, David will say "Come on Flossie, what took you so long?  You're supposed to be the smart one."

did your siblings have roles?
were you the sporty one or the smart one?
mr popularity or queen of the nerds?