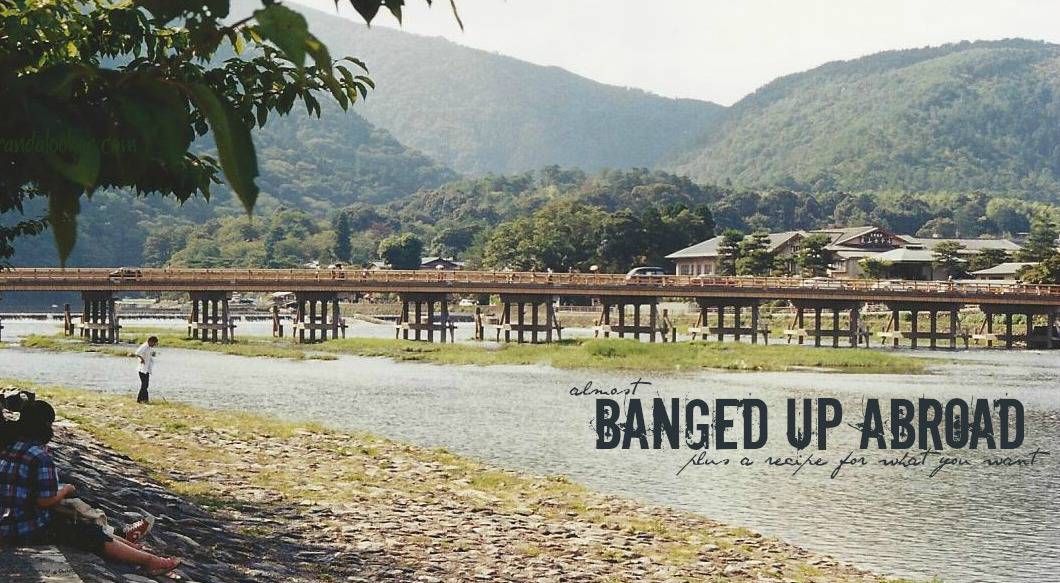 I was very nearly locked up in the early hours of my third day in Japan.  It was about 4am when the cops pounded on our door and I was groggy from jet lag and learning to sleep on a futon.  I opened the door and three policemen stepped into our tiny rented flat, shouting and demanding our passports.  I was terrified.  I’d never had any dealings with the police at home, much less these officers who were making demands of me in a language I didn't understand.

Eventually, I caught the word “occupation” amongst the flurry of Japanese that was flying around. The words Mr Gillies taught me in year ten extracted themselves from deep in my cerebrum and found their way to my mouth.  I started declaring loudly and often "nova no sensei desu" "nova no sensei desu" which was as close as I could muster to "I’m a teacher for Nova" "I’m a teacher for Nova".

Eventually, one of my flatmates was escorted through our door.  She was dressed in white socks and an oversized police t-shirt.  She’d partaken in some mushrooms of the magical variety* at a local bar the night before.  She wasn't entirely sure of the order of events after that, but she’d disrobed in the club and asked to leave.  She'd lost her mates, climbed a lamp post, removed her contacts and eventually been found by the local johnnys chatting with some homeless men in a local park.  When she couldn't remember where she lived, the cops had taken her to the local lockup, given her some clothes and waited for her to remember where she lived.

The Police had figured we were all working illegally as hostesses.  Hostesses are girls who entertain business men in high-end bars.   Lots of gaijin (non-Japanese) girls were working as hostesses at the time, very few of them had visas that allowed them to work.

Once we produced our passports and our specialist visas, the cops were satisfied and left.  The whole episode was over in twenty minutes, but it took the rest of the day for my heart rate to return to normal.  This less than auspicious start, set the tone for my time in Japan.  I wasn't a great English teacher and contact with home was restricted to scheduled calls from a phone box on the corner of our street.  I was home within six months.

One of my favourite meals during my stay was okonomiyaki – a savoury pancake that is thought to have originated in the Osaka area.  The name means “what you like" or "what you want”, so choose your fillings (or use your leftovers) and try one for yourself.

Okonomiyaki flour, okonomiyaki sauce, seaweed and bonito flakes are available at specialty Asian grocers.  You can buy kewpie mayonnaise in the Asian food aisle of most major supermarkets.

Combine the flour and water in a medium bowl, whisk until smooth.  Add the eggs, meat and vegetables to the batter.
Heat oil in a large fry pan.  Pour enough batter to make a pancake about 15-20cm across.  Cook over a low-medium heat for about five minutes, then flip cook for a further five minutes, or until golden brown.
Place the pancake on a serving plate, spread with okonomi sauce and mayonnaise.  Sprinkle with chopped seaweed and dried bonito flakes.  Serve immediately, while the katsuobushi are still waving.

I have some great memories of my time Japan.  That said, I've never been tempted to try magic mushrooms and I didn't have any further dealings with police until I narrowly dodged being banged up abroad in Madagascar, eight years later.

ever eaten anything that didn’t agree with you?

or been on the wrong side of the law?

*Shrooms are legal in Japan, and you could order them off the menu in a few bars that I visited.