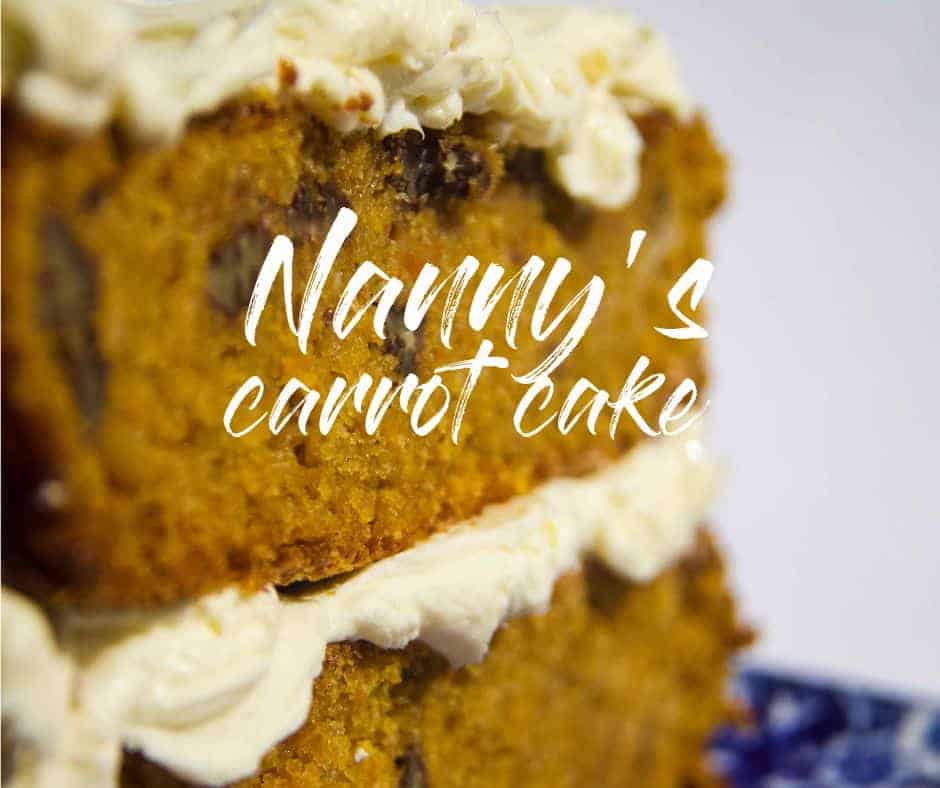 Skip to the Recipe

Mum's been making this carrot cake for as long as I can remember. I always figured it was a recipe she'd clipped from a magazine years ago but I was wrong.

There was a carrot cake in the oven when we visited Mum and Dad at their farm a few weeks ago. Mum picked up her phone to show me some photos of what the girls had been up to and there it was.

A photo of Nanny's handwritten recipe, dated November 1979. Mum has been making Nanny's recipe all these years! I was just six weeks old when she'd written it out for Mum. (For the millennials playing along, before computers, camera phones and even typewriters, this is how you shared recipes - physically writing a copy on a piece of paper with a pen and it took ages!)

Seeing Nanny's handwriting was a shock. It transported me back to letters she wrote to us as kids and later, shopping lists she'd meticulously make before Mum (and later I) would drive her to the Cannon Hill shops in Brisbane.

There's something special about a slice carrot cake - it always feels like it's doing you good. This wonderful hearty recipe has been in our family for forty years.

The mixture must stand for 20 minutes before baking. The standing times allows for a culinary chemical reaction to take place.

Bake for about 1 hour in a moderate oven.

Allow to cool, then you can ice it with cream cheese icing if preferred.

Mausie, my mum, has made some alternations to the recipe over the years.

She adds more carrots and nuts.

If she doesn't have currants, she substitutes raisins or dried cranberries (sometimes sold as craisins)

Handwriting is really special to me. After David died I searched for a sample of his handwriting. I wanted to see his name written in his own hand but every card, special birthdays, weddings, baptisms, all bore the hand of his girlfriend de jour. It was enough to make me laugh through the tears - seems David was reminding me that he was always "a hit with the laydeez".

do you have any handwritten recipes in your kitchen?