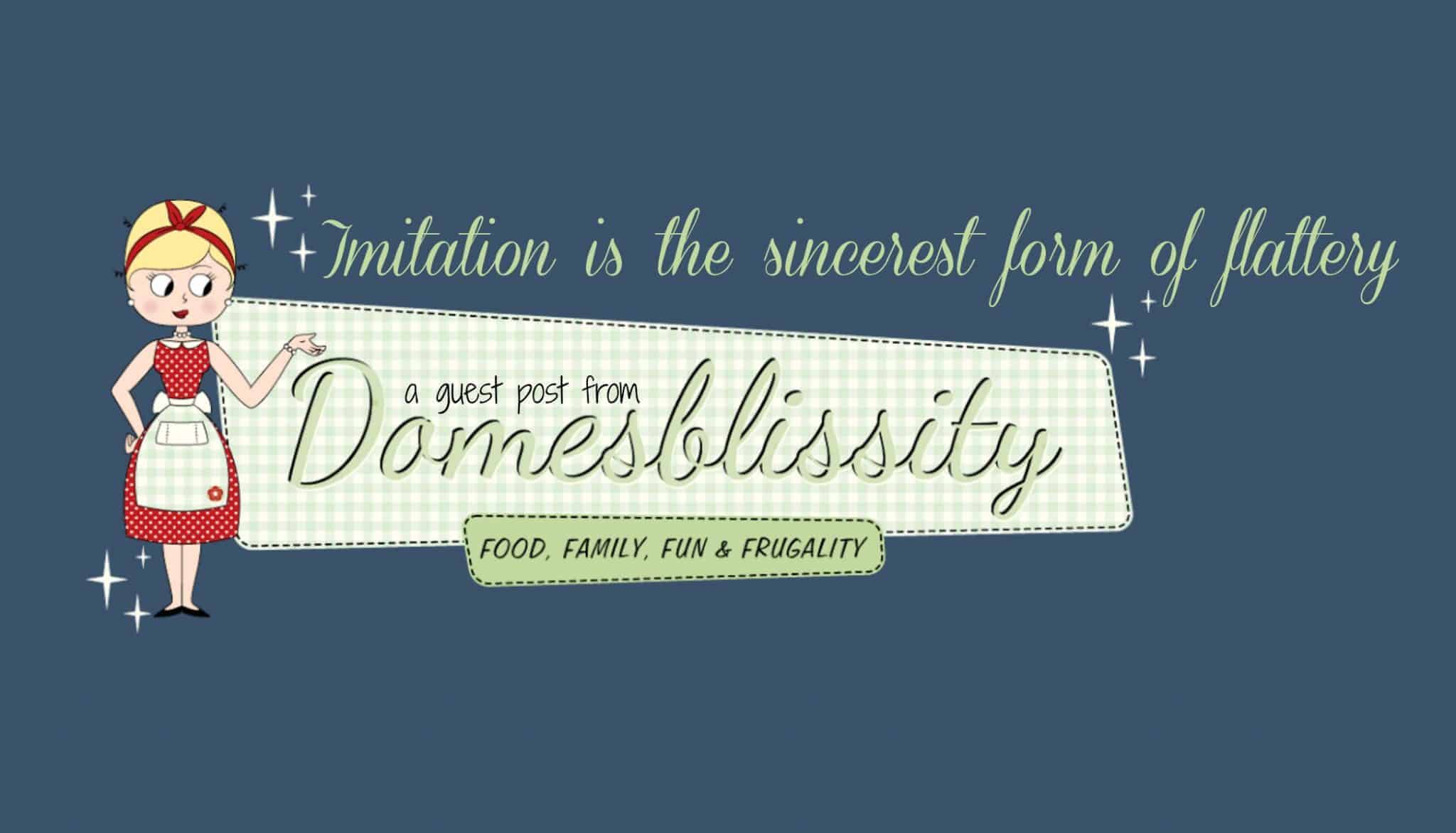 If you have siblings, there's a very good chance that at some point you've played the annoying I'm-going-to-copy-everything-you-say game.  I'll offer similar odds that at some point you drove your parents  up the wall complaining about it.  If your's were anything like my folks, they would have told you, in between medicinal sips,  "Imitation is the sincerest form of flattery".

This week's time-worn tucker is a guest post from Anne who blogs at Domesblissity.  I recently read that she's dubbed herself "the Queen of make-do" but I think that she's selling herself a bit short.  I'd prefer to call her the Sovereign of Silver Linings.  She's sharing a recipe for imitation poultry....

Anne - the Sovereign of Silver Linings

When Amanda started up the "Time Worn Tucker" series on her blog, I thought this is my kind of food. Recipes that were passed down from generation to generation. Recipes that were created on only what was available at the time and this "mock" chicken spread fits in perfectly.

Back in the 70's, I can remember Mum always making this for a Tupperware party or the latest party plan event at one of the neighbour's houses. That and cheese/kabana/pickled onion on a toothpick stuck in an orange or finger sandwiches or a homemade dip with crackers. I don't think this spread resembles chicken in any way but it does resemble the taste of the stuffing and that's pretty yummy. It’s really easy to do with things that most people have on hand and it’s a pleasant change to the range of supermarket dips available.

'Mock' foods originated in World War II when households were rationed to regulate household consumption. You can read more about it here from the Australian War Memorial website. Housewives soon learnt how to become inventive in their recipes, inventing 'mock' dishes such as mock brains, mock goose, mock fish. You name it. I can remember Mum making an apple pie once using choko and it didn't taste too bad considering I hated choko. When there was no choice, you made do with what you had

Fry the onion in butter until soft but not brown.  Add tomato and herbs and simmer until tomato has softened.

Serve with crackers or on sandwiches.

I recently had to pleasure of spending a few days in Noosa with Anne - you can read her version of events in her post.  Be sure to pester her for a copy of her Pear, Thyme and Ginger Cake with Ginger Custard and Walnut Praline recipe.

A good friend of mine makes the best 'mock fish' - it's essentially grated potato - and applied liberally, it'll banish a hangover in a heartbeat!

have you tried any 'imitation' foods?

is imitation the sincerest for of flattery or were my parents full ?

what old-school recipes should we tackle next?

Share24
Pin23
47 Shares
« parsley, sage, rosemary and having a great time - the Gourmet Garden Cook Off
choose your own adventure - Voices of 2013 »