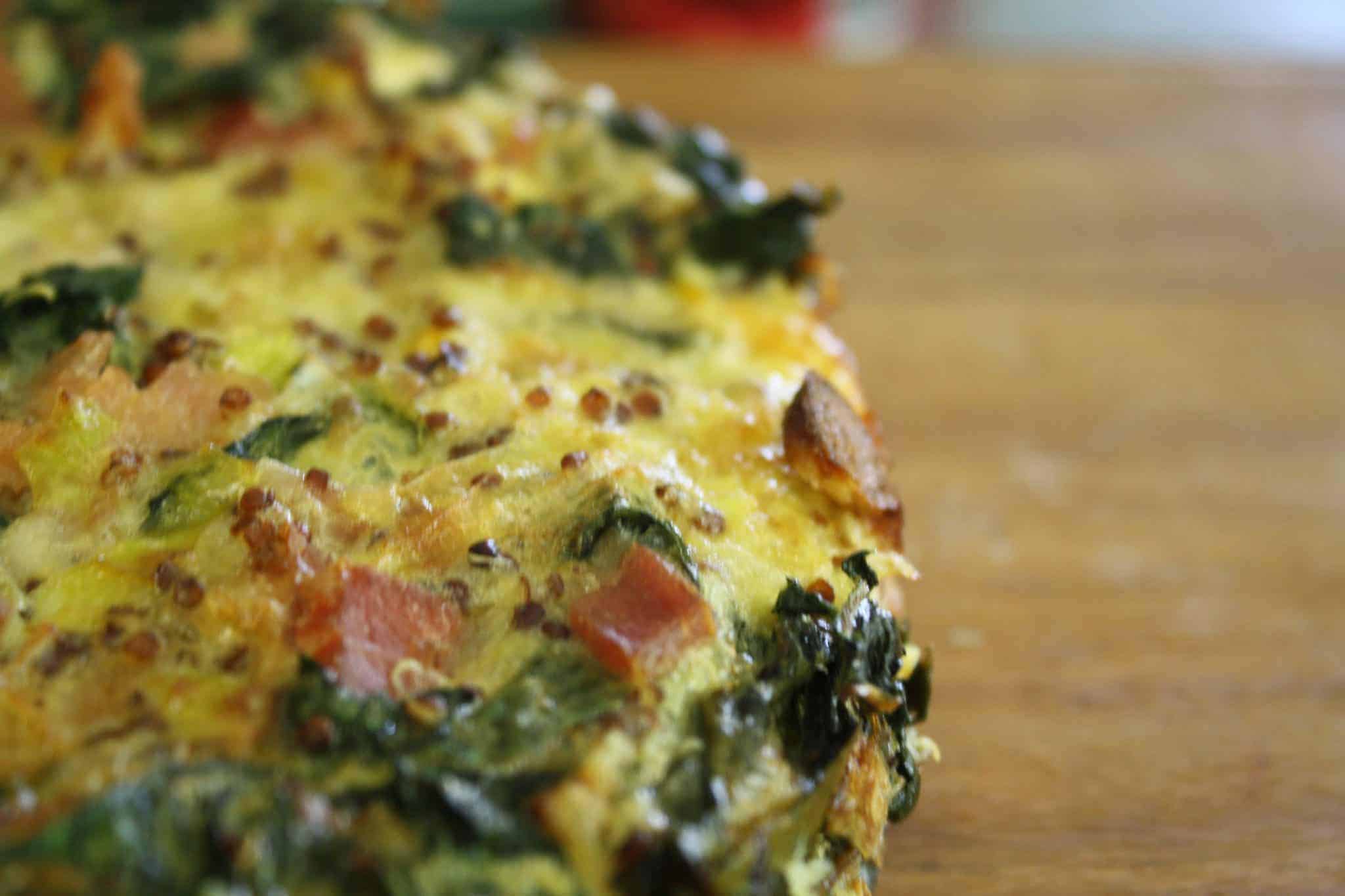 Bruce Feirstein has a lot to answer for.  Since the release of his 1982 book Real Men Don't Eat Quiche, women all over the world have been forced to disguise their offerings as 'egg and bacon pie' for fear their husbands would eschew it.

Real men  do eat quiche.  In fact, if they're hungry enough they'll even tuck into second helpings.

Gently fry the leek and garlic in olive oil until translucent.  Remove  and place into a large bowl.

Add the bacon to the pan and cook until crispy.  Remove and add to the leek mix.

Add kale to the pan and cook until wilted and bright green.

Combine kale, bacon and leek mix, corn, quinoa and both cheeses.  Stir until well combined.  The residual warmth from the cooked ingredients will partially melt the cream cheese and make it easier to distribute.

In a separate bowl, whisk the eggs.  Then pour the eggs over the kale mixture.  Sit until well combined and the egg is well incorporated in the mix.

Pour the mixture into a greased pie dish.

Bake at 180C for approximately 45 minutes, until the quiche is golden brown.

I had to make this twice - the first quiche disappeared before I could photograph it.

I served it to two 'real men' and they both had second helpings.