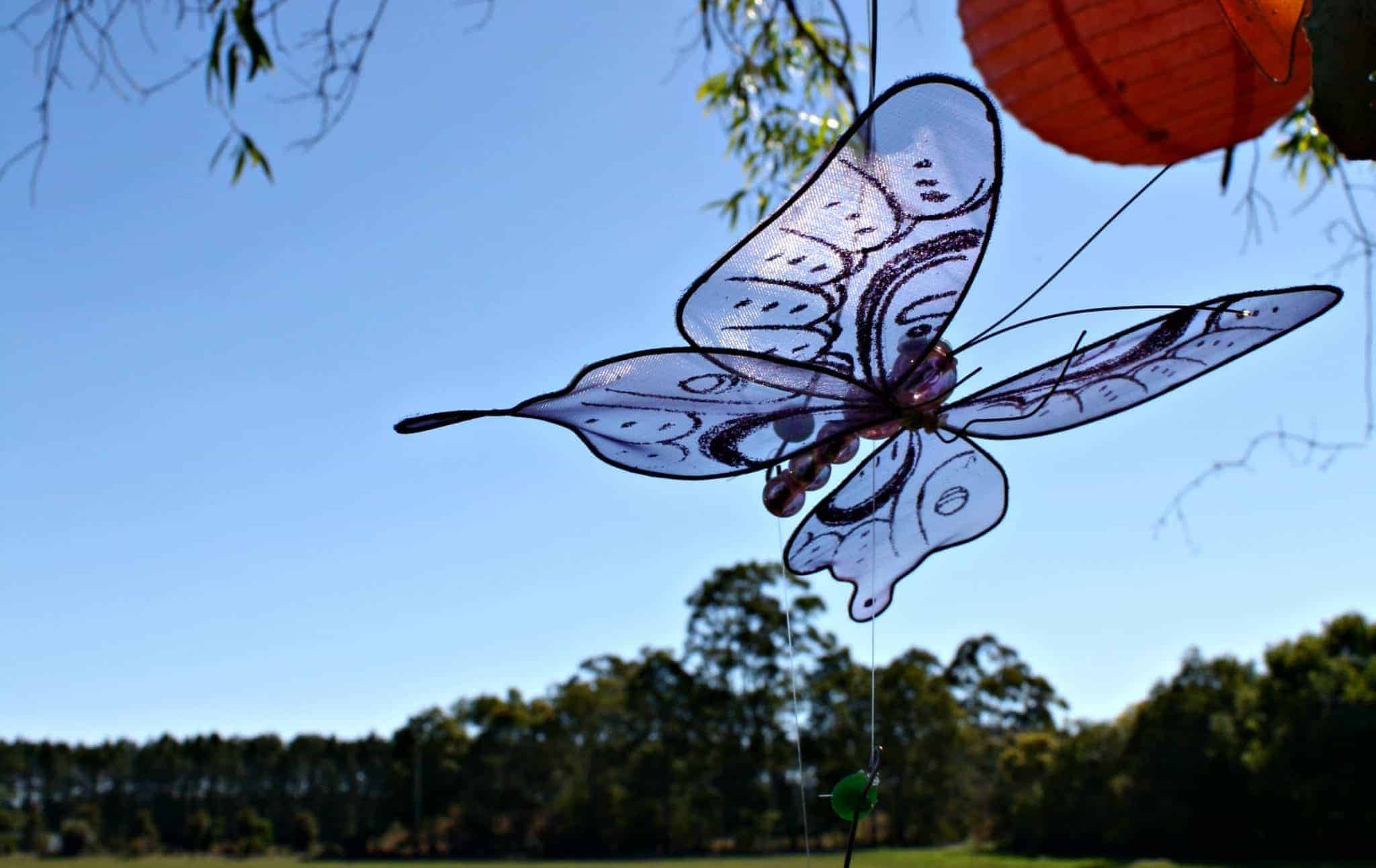 D and I don't find out the gender of our babies during pregnancy. We're surprise people.

But during my pregnancy with the Big Sister I was terrified that she would be a girl. The reason is simple - I don't do princesses.

I don't like painting my nails and my make-up skills are rudimentary at best. I pictured myself sitting at dancing lessons with all the other dancing mummies and it filled me with dread. Hairnets, hair-clips and ribbons? It's enough to make a woman break into a cold sweat.

Up until now we've done OK. I've gently steered the Big Sister down the Dora path, up Diego lane and finally in the direction of the lovely Bindi Irwin - crisis averted, right?

Wrong! Turns out that three-going-on-four is the dawn of all things princess for little girls. So, this year in an effort to avoid a princess party, I declared the theme early - the girls would have an insect party.

Up until now, I've designed the Big Sister's invitations myself. But when I saw these in the Pen and Paper Flowers store on Etsy I thought, why reinvent the wheel?

I tried to keep the food in line with the insect theme. Some of this worked. Some turned out a little... different... than I'd hoped.

For instance, the breadroll snails turned out nicely.

While the hot moths came out from the oven looking like....err, well.... shall we say, looking decidedly un-moth like.

Mum and Dad were a big help again this year - arriving just in time to help me decorate a hundred insect sugar cookies.

I made some dips in my new Thermochef and served them in jars with sliced up vegies. These were a hit with both the kids and their mummies. It also helped delay the inevitable birthday party sugar crash.

The Big Sister had specifically requested "ants on a log" and I made them, but in true Amanda-style I forgot to serve them at the party.

I froze lolly snakes and cordial in icecube trays and served water and worms in icecubes to drink. These were a big hit and easily the least time-consuming item we made.

As well as the expected take-home bag of lollies, we offered the kids the opportunity to plant a seed in a jar to take home. Even some of the big kids got into this one! Each of the children filled their jar with soil, and then planted a Melting Mammoth Snowpea and decorated their jar with stickers.

I chose snowpeas because they're nice big seeds and they tend to show signs of life quickly - important when considering the attention span of the Big Sister and her little mates!

I filled a store-bought lady beetle pinata with lollies, costume jewellery and toy bugs. Before the systematic swatting of the poor lady beetle, we gave each child a noodle-box to hold any goodies that they collected. The Noodle Boxes were the inspired idea of my friend Susan, who told me I could buy them cheaply at a local cleaning supply shop. Genius.

Birthday cakes are important to kids - I can remember pouring over the Australian Women's Weekly Birthday Cake Book for hours. I've even blogged about the train cake. This is the first year that we had to produce two cakes (well, if you include the cakes that the girls got on their actual birthdays it turned out to be four cakes, but let's not dwell on the details!).

I was lucky enough to have Dad by my side again - he's so good at this I'm considering petitioning the CWA for an honorary membership for the big fella!

We made the Little Sister a bee hive cake. Sam and Donna at the Bake Shack helped me out by producing a dozen of the cutest icing bees you've ever seen. We baked banana cake in a dolly varden tin and then decorated it with honey buttercream icing.

The Big Sister requested a butterfly cake with red, pink and purple icing (pink and purple for her and red for her cousin). We rented a Wilton Butterfly tin and used a Red Velvet packet mix. It was sufficiently girly and she as rapt.

It was a great party. The Big Sister had a wonderful time and enjoyed playing with her friends and cousins. Old time favourites like statues and pass-the-parcel were a big hit and the swing set that Santa gave the girls got quite a workout.

But for me, the funniest part of the day didn't happen at the party. It happened about two kilometers down the road - where, assisted by their GPS and it's misinterpretation of forestry roads - our friends Dawn and Malcolm were bogged and unable to reach us on our phones for a long while. Eventually, they raised D. D and Dad and the red tractor saved the day and they made it in time for the cake.

My favourite part of the whole story? Dad did it all in his tinkling wings!

So, that's how the party went. It was buggy beautiful. But my reprieve from all things girly hasn't lasted long. The Big Sister has already declared her fifth birthday a princess party...

A big thank you to everyone who came to the girl's party. Special thanks to Grandma and Granddad for the butterfly cakes and to Emily and Elise for their help in the party preparations. KT who came dressed as a pillow pet.  And of course to my birthday cavalry - JC and Mausie.

In the immortal words of Jeff Fenech... I love youse all.