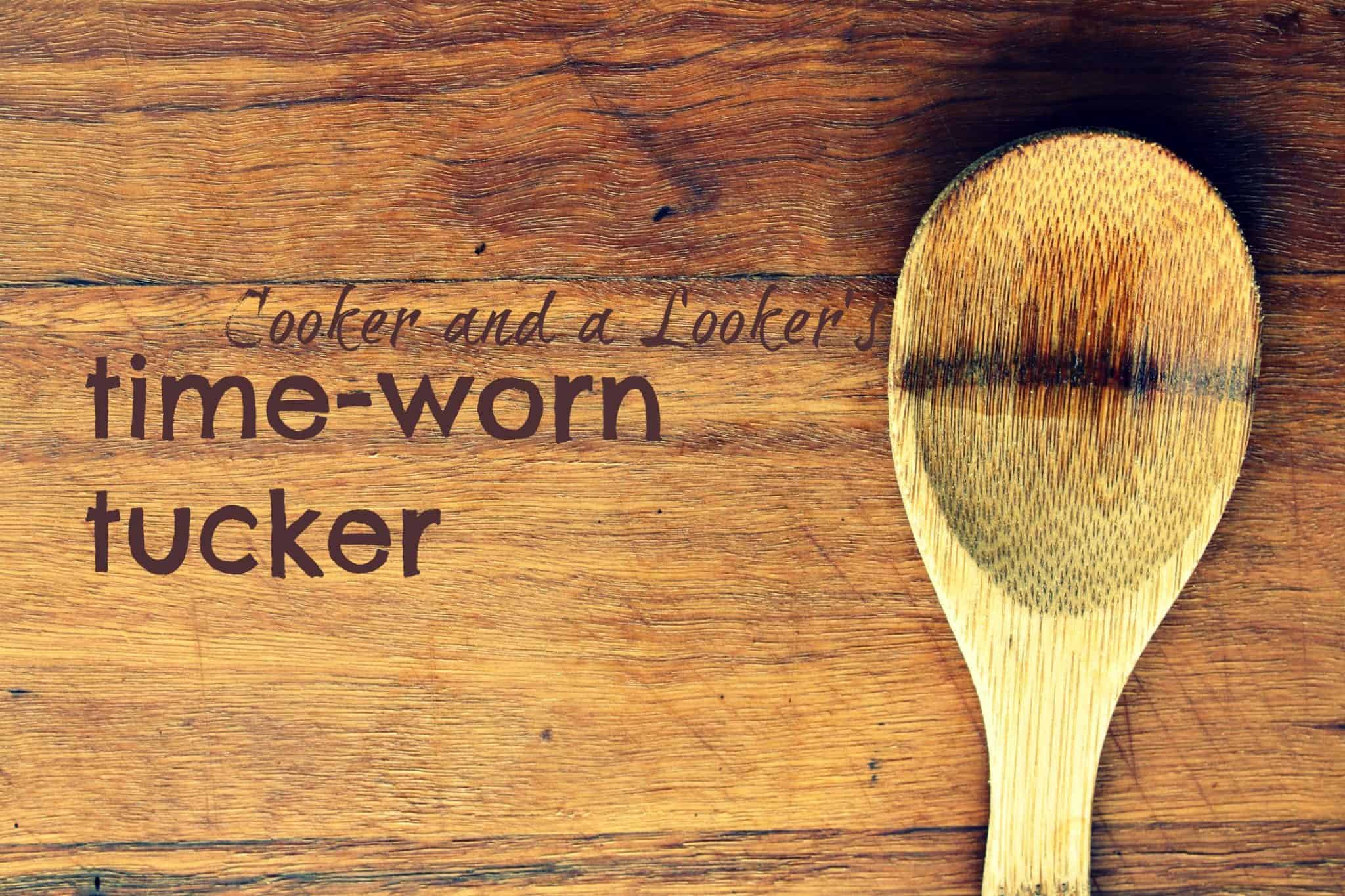 The pioneering women of Dalby would not have been proud of me this week. A weird bloke accosted me while I loaded the groceries in the car and I left my copy of Pioneering Recipes of Dalby and District in the trolley when I high-speed parked it in the return bay. I'm a big multi-tasker, but it turns out I drop a ball (and a cook book) when giving the Big Sister (not so) subtle "don't-engage-the-crazy-bloke-darling" facial expressions while deflecting questions about his business tax and personal loans and our place of abode.

It wouldn't have happened to Mrs Swann. I suspect it would have taken a lot more than a few odd accounting questions in the car park of Beerwah IGA to give a woman who can season a snake the heebie jeebies.

I’d like to think my attempt at Mutton Hodge Podge would have redeemed me in the eyes of Mrs Swann and her esteemed compatriots but I can't be sure. I'm imagining they're a tough crowd.

Combine the lamb chops, water, bay leaf and peppercorns in a pressure cooker. Bring up to pressure and cook for twenty minutes. Remove the chops from the finished broth and allow to cool slightly. Retain the broth.
In the meantime, peel and dice the onions, carrots and swedes. Sauté in a fry pan over a medium heat for five minutes. Add the bacon and cook for a further few minutes.
Remove the meat from the cooled lamb chops and return the lamb to the broth along with the sautéed bacon and vegetable mix and the pearl barley. Season the pot, bring to pressure and cook for a further twenty minutes.
Serves six.

I loved this and so did Bearhands and my Mum. I expected the kids would go for it too because the flavours and textures are right up their alley - none of the offensiveflavours I usually cook with like capsicum or mushrooms- but I was wrong. There's just no telling when you're feeding my girls!
The Hodge Podge was so hearty, and it felt nourishing while we were eating it. I think this might become a chicken soup alternative when winter chills and kindy germs invade Casa de Cooker.

What's your cure-all for crook people?
What's the weirdest question you've ever been asked?
What gives you the heebie jeebies?