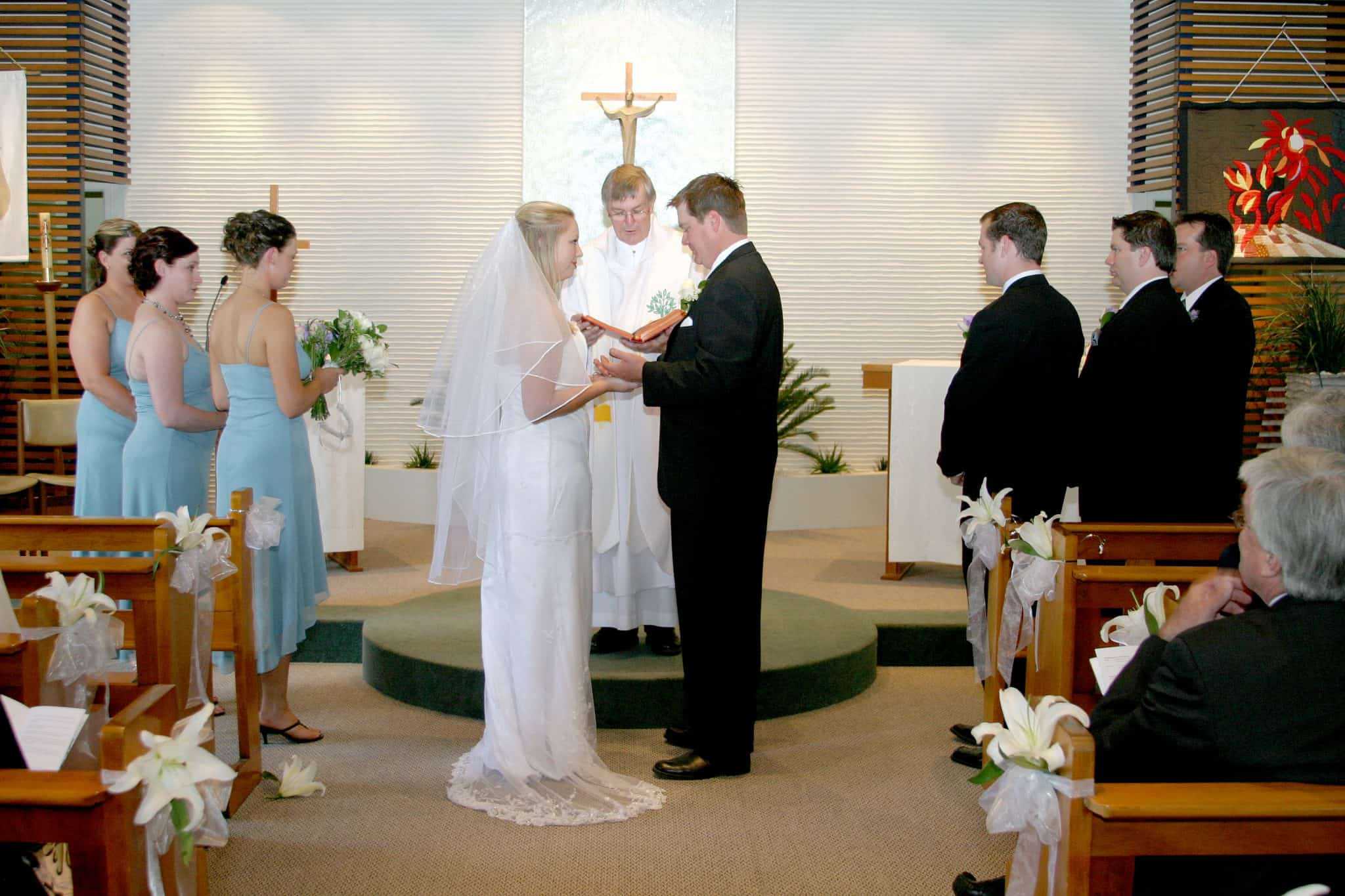 The first thing I noticed about Fr Stan was his feet.  Priests have feet - who knew?  We'd arrived at the Caloundra Parish Office after hours, for the first of a few compulsory pre-marriage counselling sessions.  Fr Stan was wearing thongs.  I'd never seen a priest 'off duty' before.

As we got chatting Fr Stan revealed that, by merit of his unconventional entry to the priesthood, he was actually well placed to speak about marriage - he'd been married and had a daughter, Tara, of whom he spoke with great pride.

And so, our relationship with Fr Stan began.  Fr Stan married us in July 2007.

Fr Stan met me outside the church to make sure I wasn't feeling too nervous.

He would occasionally drop into the farm to check how we were going and to swap golf stories with D.

There were a hundred reasons to love Fr Stan.  He stood up for what he believed in - most controversially speaking out in support of gay marriage and same sex surrogacy.

But it was Fr Stan's kindness after David died that will be my most treasured memory of him.  Mum, Dad and Ant were in Indonesia waiting to bring David home.  The Little Sister was just eight weeks old.  I was distraught.  I needed reassurance.  I needed someone to tell me that heaven was real.  That David was somewhere better.  That he wasn't just gone.  That he would persist.  That I might one day feel his presence again.  See his face.  Hold his beautiful hands.

D phoned Fr Stan.  He was enjoying a round of golf on his day off.  He volunteered to walk off the course and come immediately.  D, a fellow golf fanatic, assured him that wasn't necessary.  Fr Stan came the next morning.  He offered his condolences and then he offered me some words that have become indelibly etched on my soul -

"We're made for eternity, but we're only here for a short time".

Fr Stan died suddenly last week.  He was 71.  Yesterday his family, friends and fellow clergy gathered to say farewell.  There were laughs and tears - it was a fitting tribute to a wonderful man.  So many people came to farewell him, and looking at their faces I could tell that Fr Stan had celebrated their highest highs and shared their lowest lows too.  Fr Stan made such a difference in all of our lives.  He'll be missed but more importantly remembered.