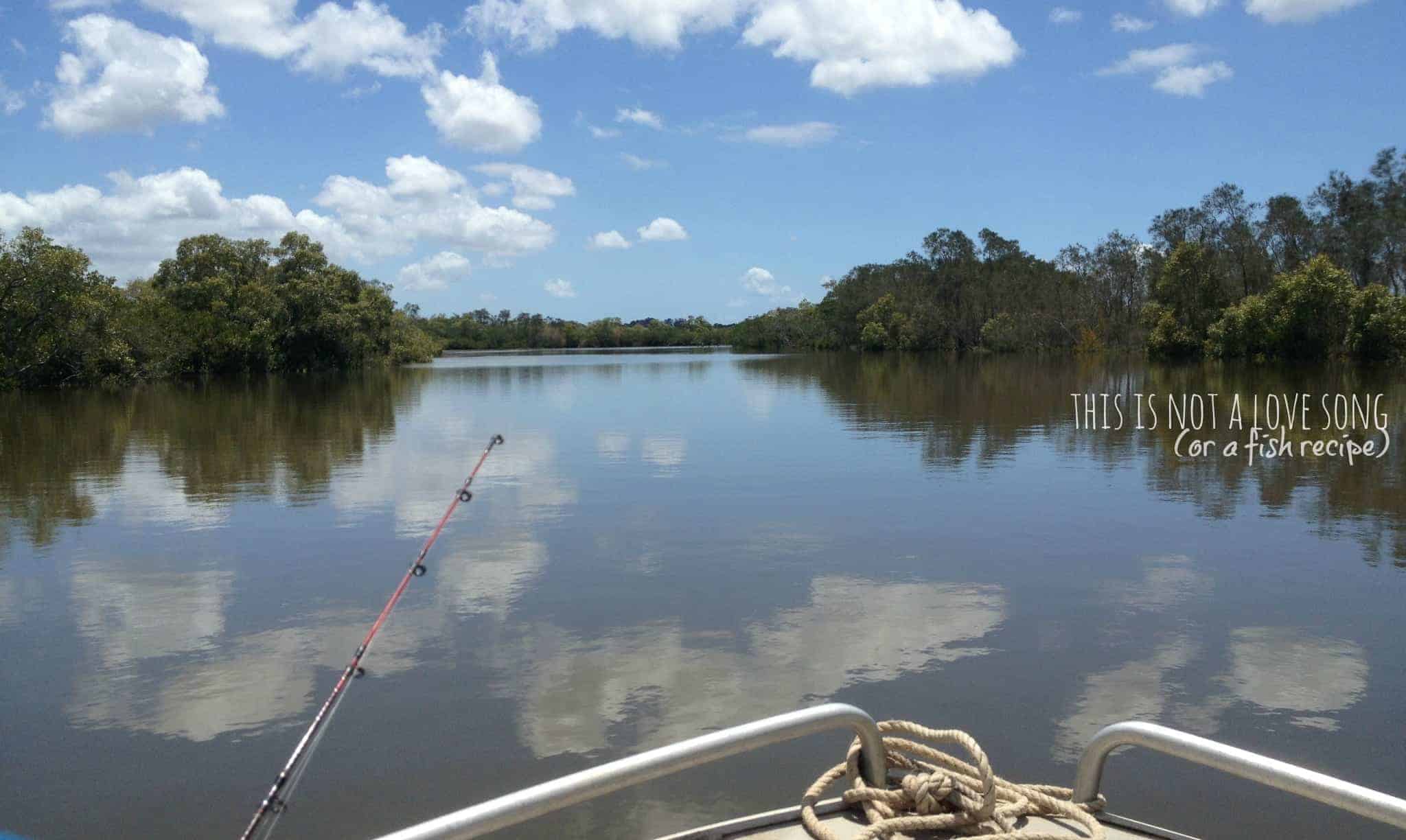 Today is Valentine’s day.  There will be no candlelit dinner (unless there’s a power outage).  No dancing (unless the Big Sister takes up Dora’s persistent invitations).  No fancy fish pie (partly because the new oven is in the shed awaiting an electrician to install it).  Regular readers will not be surprised – they’re familiar with our two roadblocks on the road to romance.

Thanks to my Brother and Sister-in-law, Bearhands and I got to spend a few hours alone on Sunday.  Not your typical date but (if I’m honest) probably more our style.

I must have emptied thirty crabs out of our pots but they were all jennies and undersized bucks.  We didn't have any more luck when we threw a line in.  At the end of a few hours, all we had to show for it were smiles and a few mozzie bites.  Which is another reason why this is not a recipe for a fancy fish pie.

Luckily I won a cake pop maker from Kambrook late last year.  It's the only method I have of baking anything at the moment, so it was the natural choice to bake Bearhands some home made Valentine goodies this afternoon.

I'm still on my muffin top mitigation mission and I didn't want to tempt fate, so I've concocted a recipe that doesn't break too many rules.  It should also be gluten free which is a bonus for loved-up coeliacs.

Using an electric mixer, cream the butter, stevia and vanilla until smooth and fluffy.  Add the egg and whisk again until combined.

Stir in the flour, baking powder and milk until combined.

Dot the mix with drips of red food colouring.  Don't stir the colouring in, just swirl it a little bit.

Heat the cakepop maker until the green ready light comes on.

Add a heaped teaspoon of mixture to each well and close the lid.  Cook for 8 minutes.

Remove using tongs and cool on a cake rack.

Add the baking powder, coconut flour and milk and process speed 2 for thirty seconds (pause to scrape down after twenty seconds).

Dot the mix with drips of red food colouring.  Don't stir the colouring in, just swirl it a little bit.

Heat the cakepop maker until the green ready light comes on.

Add a heaped teaspoon of mixture to each well and close the lid.  Cook for 8 minutes.

Remove using tongs and cool on a cake rack.

This healthy-ish version is more crumbly than pops made with plain flour.  They needed to be treated more gently and needed longer cooking time than pops I've made previously.  That said, this is not a recipe to make if you're hoping to dip the finished product in chocolate (but, if you're planning on doing that you probably don't need to be making the healthy-ish version anyway).

I love the texture and the flavour that the coconut flour has given these pops - it's reminiscent of a coconut slice that Nanny used to buy from the cake stall at her bowls club.

Turns out Dora got her way and there has been dancing in our house today, in between swimming lessons and decorating a card for Daddy.  Which leads me to my final creation today - a love poem for Bearhands.

I can add word smith to my list of many talents.

are you a romantic?