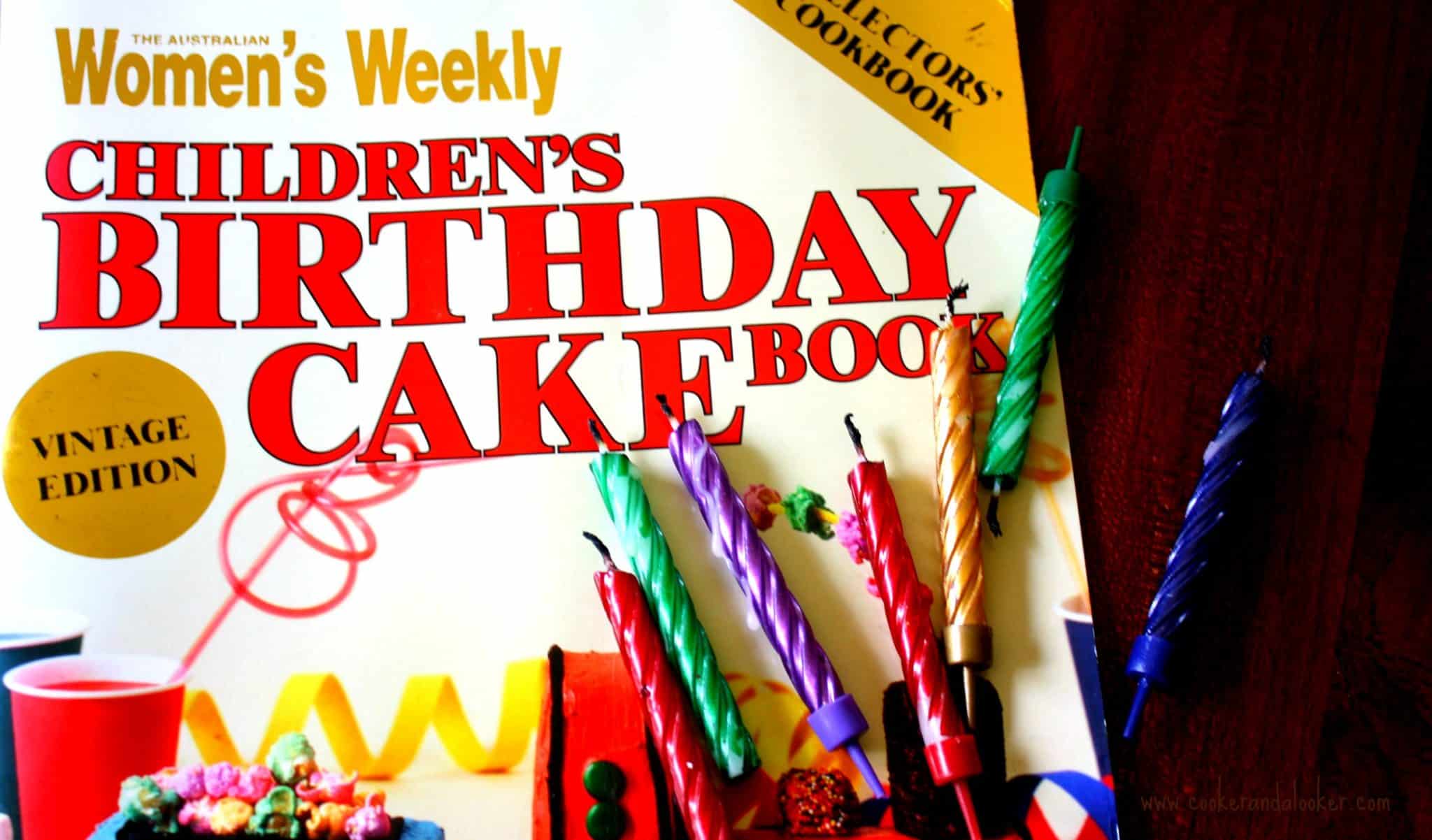 Not a single day goes by in Casa de Cooker where we don't hear something from the Big Sister about her birthday party. It's a source of consternation for me. She brings it up at the most inconvenient moment and hope to discuss her plans in minutiae. It makes me weak and the bloody event isn't until July.

This year's theme was declared early - before we'd actually celebrated her birthday last year. Dust off your diamantés, kids. This year is princess themed!

One thing is certain though. The cake selection has been made. It was a decision that required utmost consideration. In fact, she considered the cover right off our copy of the Australian Women's Weekly Birthday Cake book. This year JC and I will be constructing the castle cake - complete with upside-down ice cream cone turrets and liquorice all-sorts flags.

I understand the allure that this cake presents to a (still four months off) five year old girl. I suspect that at one point, I too considered the cover off Mum's copy of the AWW birthday cake book.

I was greatly relieved when I spotted a reprint run a few years back - I love this book. I love the absence of fondant icing and lack of Persian fairy floss. I love that there's a slim chance that a Mum in a domestic kitchen can turn out something that remotely resembles the picture in the book. It's achievable. I also love that there are cakes in there that kids of today probably wouldn't recognise (there's no sewing machine in Casa de Cooker). I do not love the scary witch - even after all these years, that freaky fiend gives me the heebie jeebies.

Last week I received a email from AWW Editorial Coordinator Rosie Fittler. She brings great news - she's currently compiling an iPad version of the birthday cake book. I wrote about my fondness for the iconic Train Cake not long after I started this blog, so she wrote to me in the hope that my lovely readers would help her out. She's hoping to include pictures of people with the famous AWW cakes as a feature of the new digital version.

Would you like be part? Dig out your photos of you with your birthday cake (or a cake you've made from the Australian Women's Weekly Children's Birthday Cake Book) and email them to Rosie - the link to her email address is here. Please include your name, a contact number, the name of the person in the photo (if not you), your age and the year the photo was taken. Run don't walk though - she needs these pics by Saturday 23rd March.

Mum made the hopscotch cake for my sixth birthday in 1985

did your Mum ever make you a cake from the AWW birthday cake book?

have your kids considered the cover off your copy?

any tips for surviving a party overseen by a five-year old princess tyrant who wields a mean sceptre?

Disclosure: This is not a sponsored post. I love the birthday cake book and I was a little bit chuffed when Rosie wrote and asked for my help.
I'm sure my readers will be rapt with the opportunity too. x